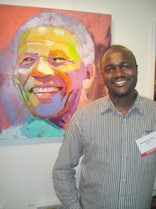 Makiwa Mutomba was born in 1976 in Zimbabwe. He attended various urban schools around the country until University level. However, in 1999, when he had completed 3 years of University studies in Electronic Engineering, Makiwa abandoned his studies to follow his dream of becoming an artist. Now based in South Africa, he has exhibited at numerous art galleries in South Africa, Germany, London, France, India and USA. In 2009, Woolworths South Africa chose one of his colourful beach scenes for their carrier bags, which were distributed across the country. Also in the same year Makiwa won an award for painting at the SNBA (Societie Nationale Des Beaux-Arts) , an international annual exhibition held at the Carrousel Du Louvre, in Paris, France. 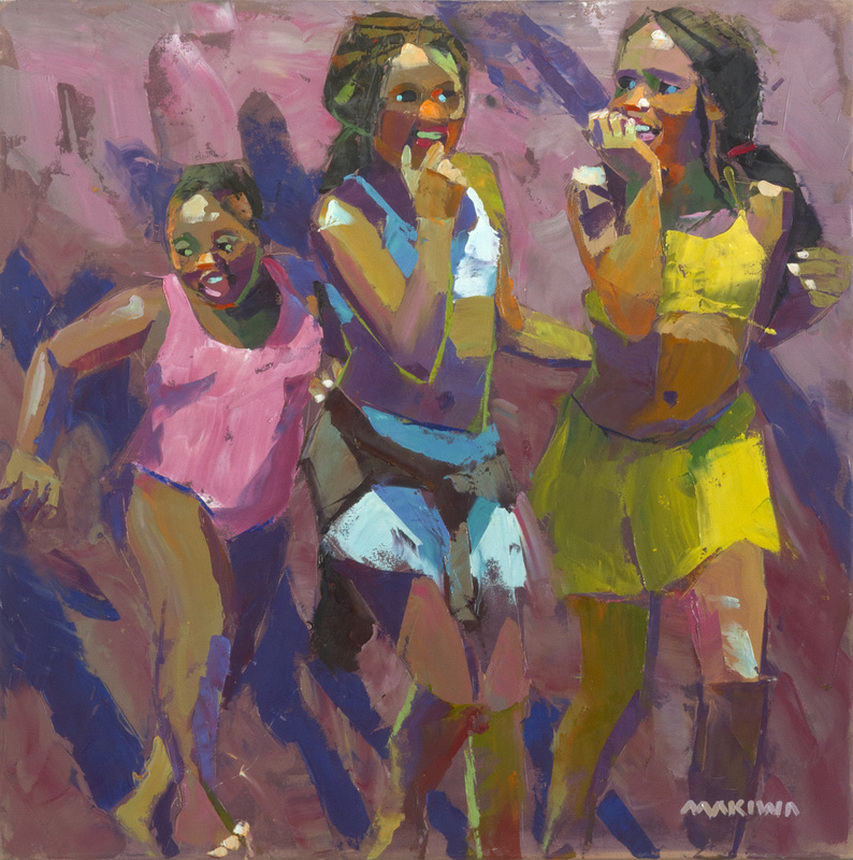